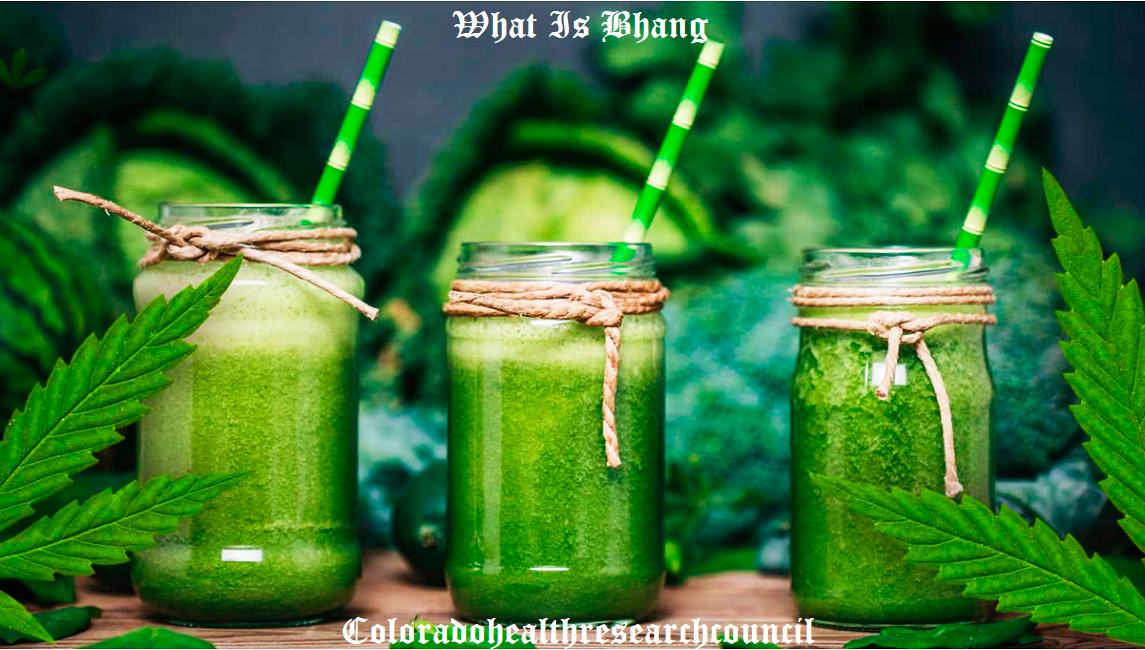 Bhang is a part of the social fabric in many parts of northern India. Make bhang in your own home and enjoy the mental and physical benefits it provides. This is an easy-to-follow recipe from your friends at RQS.

It’s highly like that you’ve never heard of bhang before unless you fancy yourself well-traveled and cultured. If you’re one of the many who has never heard of bhang, you’re going to have a lot of questions. What does it do? What’s it used for? What’s the difference between bhang vs weed? Will it get me high? Where can I buy it?

Technically speaking, bhang is the name given to a paste made from the leaves and flowers of the female marijuana plant. However, the word has also become synonymous with a beverage that is prepared using the paste.

Bhang is made by soaking marijuana leaves and flowers in water and then grinding them to a paste. The paste is traditionally rolled into balls called bhang goli which are smooth, shiny, and green to dark brown in color.

One of the most common uses for bhang is making a drink known as ‘bhang thandai.’ It also contains milk, ground nuts, and a variety of spices. Bhang thandai is typically drunk during religious festivals such as Holi, and bhang is a major part of Hindu culture thanks to its association with Shiva, the god of destruction. Although this may sound ominous, destruction is not seen as a negative trait in Hinduism as it allows new life to be created.

What Is Bhang, Exactly?

Bhang is a traditional drink that hails from northern India. It’s directly associated with the Hindu deity, Shiva, who is believed to drink bhang continuously to enhance his/her powers. Also referred to as lord of the bhang, Shiva descended from the Hindu Kush mountain range, bringing his/her drink as a gift to humankind.

Once a paste is created, it is then rolled into balls referred to as bhang goli. To make the traditional drink—bhang thandai—the bhang goli paste balls are mixed with milk, ground nuts, and a variety of spices. Depending on the region bhang is being made, it sometimes contains yogurt.

The traditional drink is typically offered during religious festivals and holidays, such as Holi. It’s also used in ayurvedic practices and is named as one of the five sacred plants in the Atharva Veda. Despite there being a prohibition on cannabis in India, bhang is the exception.

You can easily purchase bhang goli, prepped with spices and nuts from many street vendors. You can also find ready-made bhang thandai in certain religious villages.

Drinking bhang is part of daily life in northern India and has been since the beginning of Hindu culture and practices. According to the Vedic scriptures, drinking bhang is a way to worship Shiva.

The effects of bhang range from the mild to the extremely wasted, just as with regular cannabis. That’s why before you try the drink, be sure you know the potency. Once ingested and digested, the effects of cannabis can multiply tenfold. With bhang, the effects will come on slow—but they will hit hard if you’re not careful.

The Benefits of Bhang

As mentioned above, cannabis is one of the five sacred plants according to the Athara Veda. For thousands of years, cannabis and bhang have been used in Ayurvedic medicinal practices. Among the drink’s many effects, it’s most common benefits are said to include relief from the following:

Bhang is also considered an aphrodisiac, thought to enhance the sexual experience. That’s why it’s given to newlyweds on their wedding night. It’s also consumed before tantric sex sessions (no wonder the Kama Sutra came to fruition!).

Hindu holy men, referred to as Sadhus drink bhang in preparation for their yoga and meditation practices. It’s believed that in ancient times, bhang was given to soldiers before battle to calm their nerves and give them courage.

The Difference Between Bhang and Everything Else

First and foremost, the Sanskrit words for cannabis whether it be of the hemp or marijuana varieties is ganja. Of course, it’s got hundreds of names—weed, pot, dope, sticky icky, mean green—you get the idea. The point is, bhang is made from the marijuana variety of cannabis.

Since the traditional drink involves getting you high—as to worship Shiva—you won’t find it made with the hemp variety of cannabis. Hemp is used to produce non-psychoactive cannabis so that individuals can take advantage of the cannabinoid benefits without getting high. Now that we’ve gotten that out of the way, back to what separates bhang from marijuana in all its forms.

You may be wondering but hash is paste-like; is bhang hash? No. it’s not hash.

The potent medicinal effects of cannabis that are now being proven by modern science have been practiced for millennia in Ayurvedic medicine. Cannabis in bhang was recommended for digestive troubles, headache, and migraines, as well as for all types of pain and as a fever treatment. The list of maladies treatable with cannabis is of course far more extensive.

There is no stigma at all in provinces where cannabis has been a part of daily life since the beginning of Hindu culture. Drinking bhang daily is part of the social fabric and it is a tenet of many religious rituals. Bhang is consumed to enhance sexual intercourse during tantric yoga and is recommended for young brides on their wedding night. Vedic scriptures refer to cannabis as a sacred plant and the consumption of bhang is considered a way to worship Shiva.

BHANG CAN BE POWERFUL

Just as there are many different strengths to cannabis, so are there different potencies to bhang; from gentle to dayglo tripping, or cruisy smiles to crashed and wasted. Be careful when first trying this drink; digesting cannabis can multiply the effects tenfold. There may be a delay while the body processes the cannabinoids, but then the effects will certainly come on strong.