Methods and Effects of Curing Cannabis 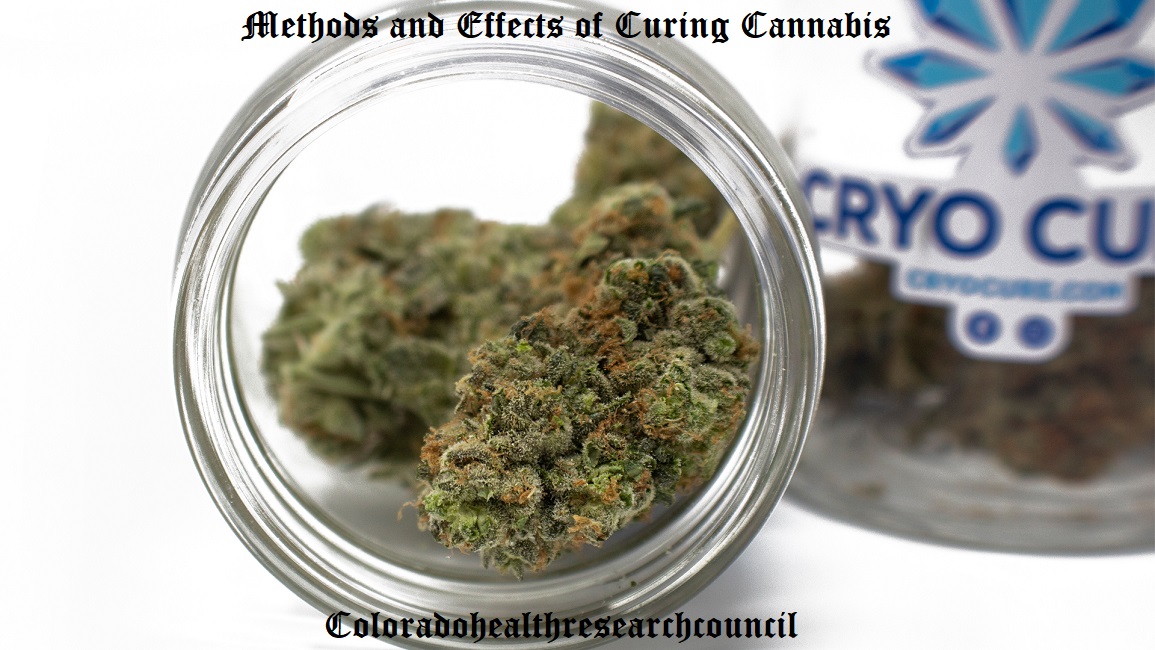 Initially, cannabis, as a commodity, was available in a wide variety of colors from Acapulco Gold, brown Colombian, and redder-than-red Thai stick to the bright green Oaxaca big bud. The wide range of colors resulted from drying the plant under the sun in the archaic alternative to curing, which led to the activation of photolytic reactions in the plant.

After watching your cannabis plants grow for months and months, it’s harvest time. You trim your crop, dry the buds, and finally, you’re ready to smoke the fruits of your labors.

Not so fast. Now you have to let the buds cure.

Curing is an integral part of the growing process, yet often overlooked. Some may not pay as close attention to this step because they’re eager to start smoking or start selling. But curing is essential to bringing out the aromas and flavors in your cannabis, and the process accentuates your strain’s terpene profile.

Plenty of superstitions and old wives’ tales abound on how to properly cure cannabis. But there are some basic, tried-and-true methods that will get your cannabis smelling and tasting great.

Legalization has helped pave the way for innovation and new methodologies, allowing entrepreneurs to rethink the entire cannabis growing process, including curing.

Here we look at three companies who are changing the game in the final, sometimes mysterious, step in the growing process.

After the drying is finished, the connoisseur will still dedicate a month or two to curing. Curing weed corresponds to aging a good wine. If the weed quality is average, it is not worth the effort and time necessary to cure it. On the other hand, if the buds are high grade, it is well worth waiting a little longer to get the best out of  it.

I cure cannabis by packaging it in a wooden or card- board box and pressing it slightly so that some of the trichomes break. Their oils and terpenes spread over the surface of the buds. After packaging, I leave the buds in an environment of 64° F (18° C), 50% relative humidity, and total darkness for a period of 1 to 2 months. Checking regularly ensures correct conditions. Make sure the humidity stays at 45-50% to prevent fungus and mold formation. If the buds smell moldy or like ammonia, the containers should be opened immediately, allowing the bud to dry in a warmer environment for a few hours before continuing the curing process. It is the result of curing undried plants.

Curing is an art and should be tried with small batches first. It increases the intensity of the flavor and will slowly but steadily lower THC in favor of CBN, which is much less potent than THC. The high of cured weed is always deeper and more introspective, often becoming a meditation and inner-vision tool. The flavor becomes much more complex and refined, gaining in depth as well as in variation of bouquet.

Cured buds that were started a little moist look slightly brownish and have a typical deep smell, one that real smokers love from the bottom of their souls. Buds cured when they were dryer retain more THC, chlorophyll, and a fresher bouquet. Like very good aged wine, there is something unique about a well-cured crop that any aspiring connoisseur should experience at least once.

It is a cannabis processing method believed to take roots from tobacco refinery. Similar to its parent form, “burping” takes place during this stage, but the congruity ends here because they differ in the aspect of the final result; while tobacco curing is also identified based on the primary reaction as “color curing,” cannabis curing results in a melange of changes; from its potency to its resultant effect on the consumer.

In the cannabis cultivation and processing chain, there are several determinants of the cultivar’s final qualities; however, one of its predominant phases is in the curing stage. The plant’s cure can be the sole minute but sovereign difference between good cannabis and magnificent buds.

There are several methods and processes to carry out this stage, and each of these methods and the level of precision in their systematic gives a variance to the outcomes: How effective will it be? How fine and rich will it taste?, or How long can it retain its freshness? Now to list a few of the most common means of curing a cannabis harvest:

It is a viable alternative to traditional curing since it reduces the long wait period in which the latter is disadvantaged while still removing the unwanted bits and purifying the plant.

By submerging the buds in water for around one week, a hydrolytic, purification-like reaction occurs where the water dissolves the unwanted hydrophilic compounds, like salt, sugar, insecticides, and toxins, more rapidly; a more effective process than allowing the buds to digest these compounds themselves.

Though this process appears quite the blast, it is not 100%-great, because alongside the unwanted hydrophilic compounds, is flushed the desired hydrophilic molecules, like some terpenes, causing the cured plant to lose some flavor and aroma. It could nevertheless be beneficial, as it gives the smoke a less conspicuous, smoother, healthier tang.

In summary, there is a loss in the organoleptic qualities of the buds cured using this process.

This process of freeze-drying (lyophilizing) cannabis has been a long-discussed topic but had never been perfected until recently. Cannabis lyophilization involves drying the buds before curing to preserve the flower’s aesthetic and other useful properties and reduce the moisture. The perfection of this process came as the actualization of a system that would result in the preservation of even the glistening and phytochemical-dense trichomes and have the buds still smokable.

It is carried out in 3 critical stages, sequentially listed: the freezing stage, to eliminate the formation of large ice crystals in the final product, the sublimation drying stage, and the desorption drying stage.

At the initial drying phase, about 95% of the water present is removed, and after the final drying, only about 1% – 4% moisture remains in the freeze-dried product and can be stored for between 6 months to 3 years in poly bags and 25 years or longer in cans.

Currently, the fastest curing process, the entire procedure, could reach completion in about 24 hours, giving off a relatively – when compared to other methods – lightweight, vibrantly-colored, and nutrient-dense plant. The downside to this process is, however, the high operating cost.

Otherwise called wet curing or high-humidity curing, this method involves laying the buds on a planar surface and rotating them at intervals to ensure even drying. Like the fermentation process, sweat curing involves the action of microorganisms on the leaves, causing a rapid color change.

It is not the most conventional means as it is quite laborious and often, without a pleasant outlook, but could be quite appropriate with buds too tiny to employ other means.

Modifications to this method involve using paper or absorbent materials to soak up the condensed moisture, slow down the process, roll the plant in plastic bags, and open them up every week until the cure is complete.

Of all the methods, this is one of the most critical because as much as this removes excess moisture from the buds, the medium’s temperature must be closely monitored to prevent the disintegration or adverse modification of vital compounds at critical conditions.

To list a few sub-techniques of this method include the microwave drying, oven drying, dehydrator method.

Note: Regardless of how careful this method of curing is monitored, the application of heat of this amount to the compounds would undoubtedly alter the composition of the plant, but the level to which this happens, will determine to what extent.

Finally, curing as a cannabis processing phase is a top priority inclusion and a decisive criterion of several of the package’s qualities; however, in deciding what method to employ, the market for which it has been harvested and processed must be placed into top consideration.