What To Do With Your Resin 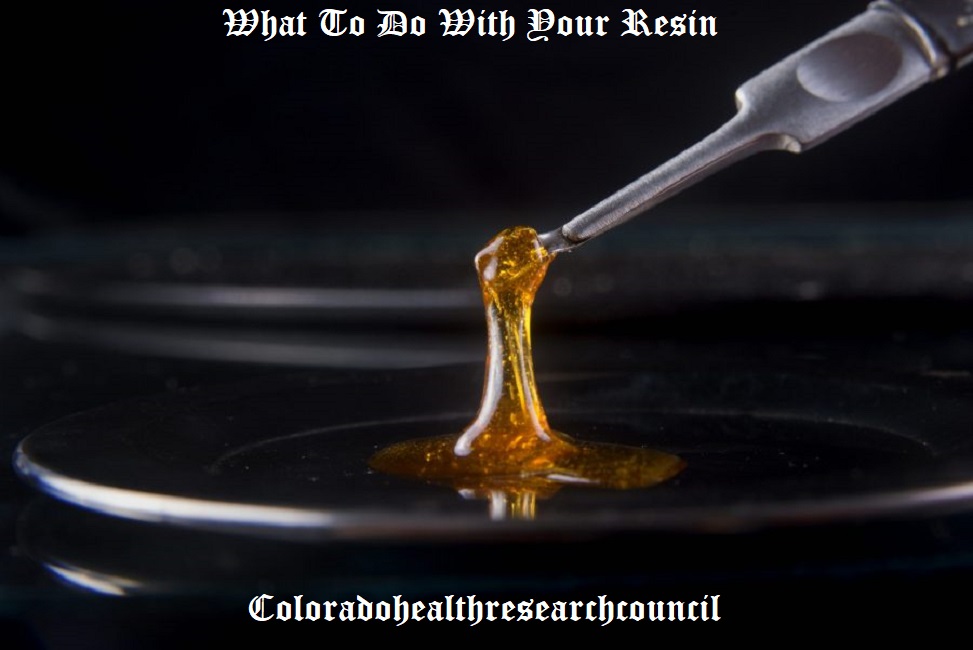 To smoke or not to smoke? That is the resin. Many don’t like to admit it, but almost every pot smoker has smoked weed resin before. You know the deal. Your dude is out of bud (or you’re out of money),  and you’re super bored, so you finally decide to break down and smoke some resin. It’s okay. We’ve all been there, but have you ever thought about what exactly resin is and what it does to you? Let’s break it down.

Resin — a.k.a. pipe resin or weed resin — is the gunk that accumulates in your pipe or bong when you smoke several times without cleaning your tools.

Resin consists mainly of tar, ash, and carbon with a tiny bit of THC and other cannabinoids thrown in. And when we say tiny, we mean TINY!

There is so little THC in this sticky, nasty residue that it’s almost not worth the effort to learn how to smoke resin.

But when life’s got you down and you’re fresh out of pot, it can be a handy skill to have in your toking toolbox.

One word of warning before we continue: burning down on resin is one of the unhealthiest ways of trying to get high because resin contains high levels of elements you don’t typically want in your lungs (e.g., ash, tar, and carbon).

We would recommend almost anything else — bumming off your friends, emptying out old roaches, rifling the couch and your car for loose change, even going without until you can scrape together funds for a dime bag — before we’d recommend smoking resin.

But, as we said, in a pinch it can be a lifesaver. Having said that, proceed at your own risk.

Does Resin Contain THC / Get You High?

Resin contains much less THC than actual buds. Much of the THC will combust when you light the herb. With that said, I know from personal experience that it will get you high. But, it’s going to take a lot more resin to get the same high as the real stuff. So yes, it is possible to feel high after smoking weed resin.

I do wonder how much of the high feeling is attributed to THC, as opposed to a lightheadedness from asphyxiation. That is, if you’re breathing in tar instead of oxygen for long enough it will make you feel ‘different’. That’s for sure.

I wouldn’t get too excited about resin just yet. Consider a few more points before you spark some up.

Is Smoking Resin Bad for You?

In short? Yes. Resin is bad for your health.

Smoking, in general, is bad for your respiratory system. I don’t know anyone who would argue that statement. Resin; however, can be far more harmful than your typical buds. Let’s talk about what it consists of. It’s mostly tar. Yep, tar. There is also ash and carbon mixed in there. Smoking tar is bad for you. No doubt about it. If anyone thinks smoking tar is harmless, please leave a comment below.

This doesn’t mean that occasionally smoking resin is going to cause some major problem. All I’m trying to say is smoking resin over time will most likely cause greater problems than smoking bud over the same amount of time.

Resin from the plant

You’ve probably noticed the tiny hairs that cover the cannabis plant, creating  a crystal-like sheen and sticky feel. These glandular hairs are called trichomes. These trichomes are held together with resin, which contains the cannabinoids, terpenes, and other compounds for which the cannabis plant is known. You can think of weed resin as the stuff that holds all the trichome-produced compounds together on the trichome head.

The cannabis plant produces resin primarily to deter pests. Weed resin is bitter and contains specific terpenes that repel certain pests. Linalool, for example, is a common terpene in cannabis that has several health benefits for humans and is also used as an ingredient in insecticides due to its pest-killing properties. Resin also protects the plant from overexposure to ultraviolet (UV) rays and helps it maintain optimal surface-level humidity so the plant doesn’t dry out.

Resin from a pipe

Resin is also the term used for the tar-like residue that smoked cannabis leaves behind in pipes. Cannabis combustion creates byproducts — mostly ash, tar, and carbon — that build up in smoking implements like pipes and bowls.

How is resin collected from the plant?

Hashish, or simply hash, is a solvent-free cannabis concentrate comprised of weed resin or trichome glands. Hash-making is an ancient art dating back thousands of years. It involves sifting a cannabis plant to harvest the resin glands, then compressing those glands under mild heat.

Charas is a type of hash made by hand-rubbing the cannabis plant and rolling the collected resin into small balls.

Dry sift, also known as kief, is resin sifted from cannabis through a sieve. Dry sift can be pressed and heated to create hash.

There are a number of weed resin uses, some more effective than others. When you separate resin from the cannabis plant, you’re essentially gathering all of the plant’s desirable compounds. Collecting resin from a cannabis plant is like customizing a feed to only show you things you want to see. . You’re separating the active compounds from the raw plant material, distilling the plant’s potency and effects. Concentrates made from resin glands are inherently more potent than flower, accounting for the meteoric rise of concentrates within the cannabis market.

With proper protection from outside elements — heat, humidity, light, and air — weed resin can have a long shelf life. Resin also naturally protects its own cannabinoids from oxygen, especially when pressed into hash,which causes the resin to darken. This dark brown color and opaqueness protect active compounds from ultraviolet (UV) light,  extending the product’s shelf life.