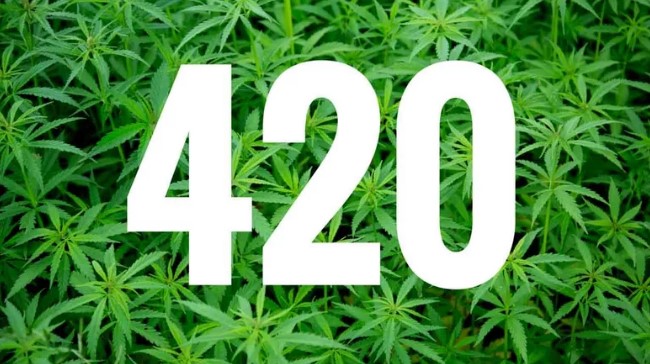 In the realm of cannabis, these three figures have a significant significance. 4 20 might be used as a code, 4:20 as a time of day, or the date of April 20 each year, but no matter what, 420 is revered by cannabis enthusiasts all over the world.

Simply said, using the term “420” to mean “to consume cannabis” is a code phrase. People may simply say “420” to those who are in the know if they can’t be honest about what they’re up to later.

The 420 code has become ingrained in the cannabis subculture, with 420-themed merchandise, references in music, and hidden “Easter Eggs” in movies. For any cannabis enthusiast, understanding the significance of 420 is an important step toward Cannabis 101.

420 Day Celebrations Around the World

The celebration of 4/20 in American form, which has evolved into an international “weed day,” is now known as International Cannabis Day. On this counterculture April 20 holiday, people gather to get high and have fun. For others, the day has a more political tone, with plans being made for events to educate and advocate for the abolition of marijuana prohibition in the United States and other countries. Events are held throughout the United States and across the world, including London and New Zealand.

For those who want to participate in the annual 420 action, here are some of the best locations to meet like-minded cannabis connoisseurs, listen to music, and purchase marijuana-related items from vendors.

Each year on Hippie Hill in Golden Gate Park near the iconic Haight-Ashbury, San Francisco hosts one of the most tie-dyed 4/20 festivals. While it isn’t a formal event and marijuana consumption is still illegal in California, the authorities generally allow this smoke out/party to take place without interfering with its participants. By 1 p.m., the crowd has gathered, and by 4:20 p.m., they’ve hit a drumming, smiling, smoking frenzy.

When recreational marijuana was legalized in Colorado in January 2014, the city was ready for some major 420 celebrations. After all, Denver is known as the “Mile-High City.” The Denver 420 Festival is a two-day party and trade show for cannabis enthusiasts. They may dance to reggae bands, buy marijuana flower, concentrates such as BHO, and edibles , as well as browse a market that’s brimming with cannabis-related items while they’re there. Attendees love being able to enjoy all of this whilst basking in the fresh Colorado air against the backdrop of the Rocky Mountains – a setting many feel is ideal for a perfect 420 day festival.

However, tourists are welcome to visit Amsterdam at any time of year and consume cannabis legally at one of the city’s marijuana coffee shops. The Amsterdam 420 Festival, on the other hand, is a once-in-a-lifetime event. NORML has organized a protest smoke-out during the event. During the years when no major festival has been held, people gather in Vondelpark for a calm smoke-out gathering. Before visiting, do some preliminary research to find out where the 420 gatherings will take place during the National Marijuana Day celebration/protest.

Cannabis enthusiasts in the United Kingdom planning their trip to London’s Hyde Park on April 20 next year should think about attending one of the planet’s best-known 420 activities. Thousands of people gather there to listen to fantastic bands and celebrate marijuana day with like-minded people. Keep in mind that cannabis is still illegal in the United Kingdom, so visitors should exercise caution and good judgment.

The 420 Day attendees in Vancouver no longer have a cause to gloat: marijuana was finally legalized in Canada back in October 2018. The Vancouver 420 festival attracts over 10,000 people each year, and it’s becoming more popular all the time. It features music on the beach as well as the world’s first open-air cannabis farmers market, as well as information about cannabis, ongoing legislation, and activism possibilities.

What is the origin of 420? Where did the code phrase originate? In the marijuana community, the significance of 420 has acquired a legendary status. There are many competing ideas and legends regarding how 420 came to be associated with cannabis culture.

The most widely accepted explanation for the phrase is that “420” refers to police radio jargon for “Marijuana smoking in progress!” It appears to be a simple answer, but it isn’t correct.

420 is commonly believed to be the total number of chemicals in marijuana, which is incorrect. Cannabis has over 400 chemical components (including active compounds known as cannabinoids), but the exact count has not yet been determined at 420.

Another 4/20 folklore states that the number 420 represents Bob Marley’s birthday. He was born on February 6th, not April 20th. The notion that the date and number became famous owing to their ties with Jimi Hendrix, Janis Joplin, and Bob Marley’s deaths is untrue. They didn’t pass away in April or on any 20th of a month.

The origin of the 420 legend begins in 1971, when a group of high school students in San Rafael, California, was known as the Waldos. The Waldos were named after Larry, Dave, Steve, Jeff, and Mark, who used to hang out by their school’s wall.

The Waldos heard a story about a Coast Guard member who had planted and abandoned a cannabis crop near the Point Reyes Station. They didn’t want the crop to go to waste, so they decided to look for it and harvest it themselves.

At four twenty in the afternoon, each day, the boys would congregate in front of Louis Pasteur’s statue in the school yard. They’d go out and look for the missing marijuana smoking all along. When they saw one another in school corridors throughout the day, they referred to their secret operation as “4:20 Louis.” They eventually shortened it to “4:20.” The phrase eventually became a code word for smoking marijuana simply.

The Waldos never discovered the marijuana crop’s location, but they spent a lot of time traveling around, getting lost, and smoking in search for it.

Without a legendary musical inspiration, no marijuana legend would be complete. When hard drug users and criminals took control of Haight Ashbury, the Grateful Dead relocated to San Rafael. Waldo Mark’s father was the band’s real estate manager, and Waldo Dave’s older brother was acquainted with Phil Lesh, their bassist. The Waldos became friends with the Dead and spent hours listening to them rehearse as a result of hanging out with them. Eventually, after hearing the term 420 used by the band, they began employing it themselves.

In 1991, High Times distributed a flier with the sentence (which was circulated at Grateful Dead concerts in 1990). High Times has been covering “420” for a long time. The term “420” became more well-known among the general public. In the late 1990s, the Waldos contacted High Times and provided them with evidence (in the form of letters and an old hand-sewn 420 flag) showing that their group had created it. While others have claimed glory throughout history, few are aware of the Waldos’ role in originating 420.

The number 420 has taken on a religious aspect, with many people adopting it as their own personal mantra. Signs with the number on them are frequently stolen (much to the frustration of law enforcement). The Colorado Department of Transportation was compelled to erect a sign that simply read “419.99” after replacing the 420 mile marker sign on Interstate 70 just outside Denver numerous times. Other states have implemented comparable methods. In an attempt to deter thievery, officials in the state of Minnesota altered the “420 St” signs to read “42x St.” Officials in other states have simply given up and spray painted their 420-mile markers on the road surface, while officials in other states have just thrown their hands up.

The 420 frenzy has grown even louder since marijuana legalization has spread to additional locations. As a result, the 420 misconception and lunacy are unlikely to be eradicated in the near future.