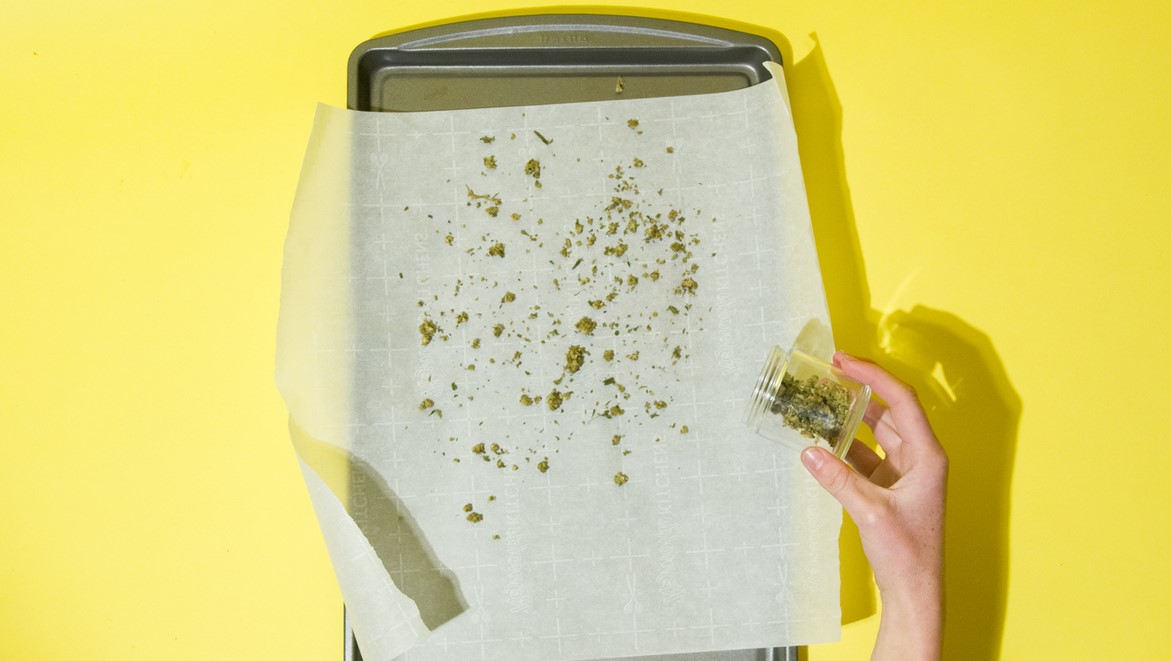 Decarboxylation is a process that involves heating marijuana to a particular temperature for a set length of time. It not only activates THC (and its mind-altering properties), but it also activates all other cannabinoids present.

Cannabinoids are the stuff in marijuana that makes you feel high, drowsy, hungry, and other things. While decarboxylated marijuana has some uses (studies are ongoing to see if it can have medical benefits), decarboxylating marijuana is the typical method for producing apparent advantages for both medical and recreational users.

It’s also possible to decarb raw cannabis flowers, as well as other marijuana products. To activate the effects of kief and marijuana concentrates, for example, you must decarboxylate them.

The Science of Cannabis Decarboxylation

Why does decarboxylation of marijuana have an impact on people? This is because it affects the cannabinoid molecules’ molecular structure. When they change form, so do their effects. Although decarboxylation occurs to all cannabinoids, THC and CBD are the ones that receive the most attention. According to studies, these two cannabinoids don’t have high concentrations in raw cannabis, but their proportions rise after decarboxylation.

All cannabinoids in raw cannabis plants begin as acid forms with an additional carboxyl ring attached, which means that THC (tetrahydrocannabinol) is first and THCA (tetrahydrocannabinolic acid) is last. When THCA’s carboxyl group is removed, it becomes pharmacologically active, which occurs when it is decarboxylated.

Because of this, after decarbing, non-psychoactive THCA transforms into psychoactive THC. This is one of the main reasons to decarb marijuana; without decarbing, it cannot produce a high. It’s important to decarb weed in order to unleash many of the effects that people love most about cannabis – especially those who use it recreationally.

CBD (cannabidiol) is a cannabinoid that has been shown to have significant anti-inflammatory and neuroprotective properties. CBD must be converted from CBDV (cannabidiolic acid) in order to become pharmacologically active. CBDA was for a long time considered an insignificant cannabinoid and was largely neglected by researchers. However, scientists have started researching its potential in the medical field recently.

However, CBD must first be decarboxylated for everyday users to profit from it. Although CBD is not intoxicating in its decarboxylated state, it still creates mild effects and is frequently utilized to soothe anxiety, alleviate pain, and assist with sleeplessness.

What is the benefit of cannabis decarboxylation? What good does it do to decarb something that will be cooked or smoked? To comprehend this, consider two of the most popular ways to utilize cannabis products.

It’s a popular belief that adding marijuana to a meal (whether the substance is ground-up flower, kief, or hash oil) is all it takes to produce a psychoactive edible. However, heating up a sauce or baking some brownies isn’t enough to decarboxylate marijuana combined within the pan properly.

Even if a meal is baked for a lengthy time, the cannabis will not be decarboxylated uniformly. This makes determining its potency difficult. It’s also why baking with marijuana is the simplest and most effective approach to make sweet or salty edibles.

Because it enables you to activate cannabinoids as well as consume them, smoking or vaporizing is an all-in-one approach of marijuana usage. While some people disregard it, others believe that preheating cannabis before smoking or vaping makes it more powerful.

It’s worth noting that decarboxylating marijuana in an oven before smoking it makes the material more brittle and causes the smoke to be harsh. It’s preferable to use the sous vide technique outlined below to prevent the flower from drying out.

How to Decarboxylate Marijuana

With simple equipment that most people possess at home, it’s not difficult to unleash and activate the cannabinoids inside marijuana. There are a variety of ways to ensure cannabis is decarboxylated…and there are many contrasting viewpoints on which method is best. Finding the optimum decarbing technique might take some experimenting, trial, and error for experienced individuals. Here’s a rundown of some popular techniques for novices who are looking for a place to begin.

Decarbing Cannabis By Curing It

The quickest method to decarboxylize cannabis, however cannabinoids de-carbenize somewhat throughout the curing process. When raw cannabis leaves and flowers are trimmed and stretched out to dry, this is what happens. The cannabinoids in the material gradually begin to change as it ages.

This isn’t an efficient technique to decarboxylate marijuana, but it might be the reason why some people report feeling sick or high after eating raw cannabis that has been sitting for a while.

The quickest, most dependable, and most effective method of activating the cannabinoids in marijuana is to apply heat. There are several different approaches to accomplish this.

The decarboxylation process for different cannabinoids is different (CBD, for example, demands a slightly higher temperature and longer decarb time than THC). There are several opinions about what the ideal decarboxylation temperature is. This is a typical method for decarboxylating flower, kief, or oil. Experimenting with various materials, timings, and temperatures will give you the best results.

When cannabis is heated above 300 degrees Fahrenheit, cannabinoids and terpenes, which give marijuana strains their unique scents and tastes, are destroyed.

Heating in the Oven

The only equipment necessary for this decarboxylation technique is marijuana flower and a baking sheet set to 230°F. Break the cannabis buds into little pieces that will be heated all the way through and distributed carefully over the baking sheet. Heat at a low temperature (230°F) and slowly for 30 to 45 minutes, or until the material turns medium brown.)

Spread kief on an oven-safe dish in a 250-degree Fahrenheit oven and bake for approximately 20 minutes to decarboxylate it.

Preheat the oven to 200 degrees Fahrenheit and spread the concentrate on a piece of parchment paper (ensuring there’s enough room for the oil to spread as it heats and melts). Heat it for about 20 minutes, keeping an eye on it for signs of bubbling to stop, then turn off the oven. Allow it to cool in the oven after removing from the freezer.

When cannabis is dried, it’s best to store it in an airtight container. To preserve the cannabinoids and terpenes of your dried flower for longer periods of time, you can spread them on parchment paper or aluminum foil using a low heat setting (160°F) over direct heat like a gas burner or an electric oven. You may also decarboxylate it in the microwave or on the stovetop. Once they’ve been deactivated, flower, kief, and hash oil are all ready to be sprinkled into edibles.

When it comes to decarboxylating cannabis flower, the sous vide technique is perhaps the finest approach since it allows for precise temperature control while avoiding buds from drying out. A 10-quart pot, a sous vide precision cooking device, vacuum sealing equipment (many individuals also skip the vacuum sealer and use heat-safe ziplock-style bags), and bags are required.

Place the weed in a plastic bag and crush it into a coarse powder. Seal the bag and grind it into a fine powder. Place the sous vide device in a pot of water set to 230 degrees Fahrenheit, then add the plastic bag and leave it for about an hour and a quarter. This can also be done with a pot of boiling water and a thermometer to keep track of temperature, but precise temperature control is more difficult without a sous vide machine.

The end result of this technique will be marijuana that is completely decarboxylated without the risk of burning or drying it out.

There are plenty of different techniques to decarboxylate cannabis flower, as well as extracts. Large-scale businesses rely on big decarboxylating ovens to activate huge quantities of material. Compact at-home decarboxylation equipment that use tight timing and temperature controls to decarb marijuana, as well as concentrates, also exist.

This is not a good technique since most microwaves produce temperatures that are high enough to destroy cannabinoids and terpenes, but some cannabis consumers decarboxylate their marijuana using the microwave. The microwave technique is quick, however it takes one and a half to three minutes for every three grams of material.

The process of decarboxylation is a bit of a mystery. To get the most out of cannabis, most of the active chemicals must first be decarboxylated. Each step in this chain requires that one specific cannabinoid be converted into another.

When cannabis is burned or vaporized, the process of decarboxylation happens instantaneously. Those who make edibles, on the other hand, must complete a time-consuming decarb procedure to assure that their products are “molecularly active.”

There is some basis in eating raw cannabis, but it provides fewer therapeutic (or recreational) advantages than decarbed material.