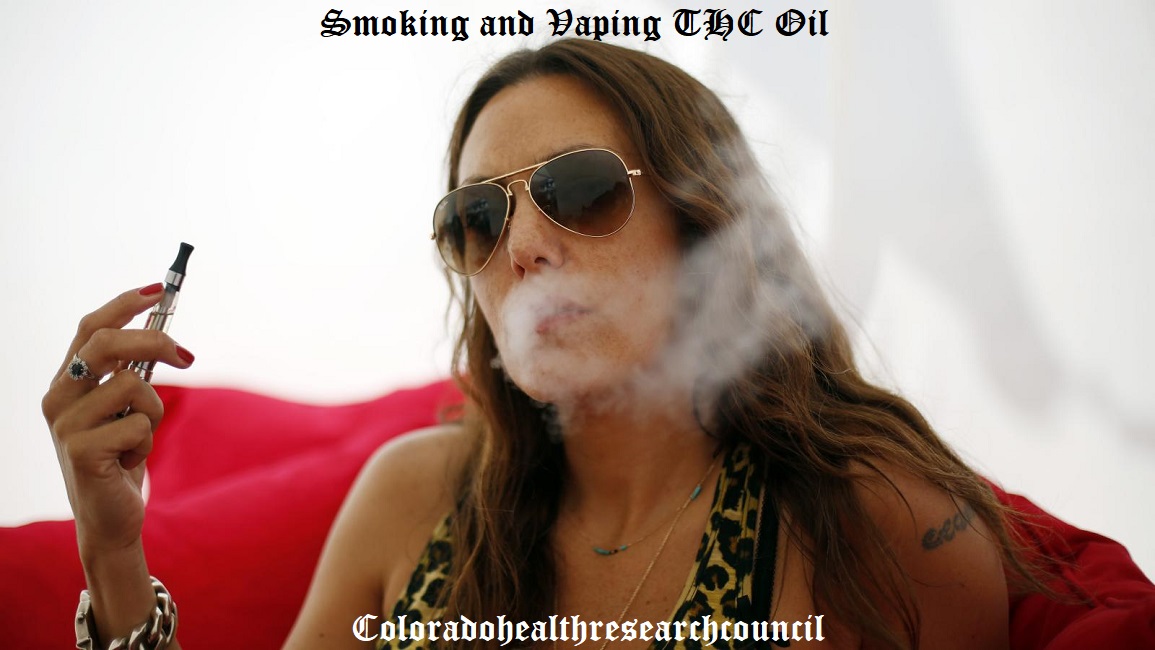 As more and more states legalize marijuana and cannabis plants, people—especially young adults and teens—are starting to become curious about what products are available to them. Additionally, many are experimenting with vaping these products, usually in the form of THC oil and CBD oil. However, it’s important to note that CBD oil and THC oil impact the body in completely different ways.

Both CBD (cannabidiol) and THC (tetrahydrocannabinol) are the most common cannabinoids found in cannabis products. And even though they are both found in marijuana and hemp, THC is more prevalent in the marijuana plant than it is in the cannabis plant.

THC also affects your body differently than CBD does. Even though it works like CBD to impact neurotransmitters in your brain, THC is the main psychoactive compound found in marijuana and is the substance that will make you feel “high.”

Additionally, it’s believed that in addition to giving you a euphoric feeling, THC also impacts pain, mood, and other feelings. CBD on the other hand does not make you high and is believed to work with other receptors in the body to produce an overall feeling of well-being.1

When smoking a joint, the joint releases carcinogenic chemicals — compounds that cause cancer — as it burns. The human lung is not equipped to breathe in the byproducts of combustion. As a result, smoking marijuana can lead to respiratory inflammation (symptoms include wheezing, shortness of breath, altered pulmonary function tests, cough, phlegm production, and more).

This irritation is similar to the effects of smoking cigarettes, but the science is inconclusive as to whether smoking marijuana is linked to the myriad long-term health problems that smoking cigarettes is. A 2015 review found little evidence that smoking weed is linked to increase risk of lung cancer — one of the top long-term consequences of cigarette use. But it did not take heavy consumption into account — meaning the question remains open.

There is some evidence that smoking marijuana every day over a long period of time could put men at higher risk of testicular cancer, however. A December 2019 study found that a daily habit over ten years was linked to a 36 percent increase in the odds of developing testicular germ cell tumors, which are involved in 95 percent of all testicular cancer cases.

Vaping THC oil offers an alternative to combustion, avoiding the side-effects tied to burning. But a 2015 paper suggests that the potential differences between smoking and vaping weed may not be as great as those between vaping and smoking tobacco.

But while we do not fully understand the risks of vaping THC oil, that DOES NOT mean that vaping THC oil is not risky at all. In the past two years, the US has witnessed an outbreak in lung problems linked to vaping products. And as of February 2020, there were a total of 2,758 recorded cases of what is now known as EVALI and a total of 64 deaths as a result of vaping-related illness.

DOES SMOKING OR VAPING WEED GIVE A STRONGER HIGH?

On this question, vaping THC oil is the likely winner, the experts say.

“The oils, so those butane hash oils and the dabbing, because they are such a high concentration of THC, of course, it’s bound to get more into your blood faster,” Earleywine says.

“You are going to get a whole lot of THC into your bloodstream really quickly,” with vapes, he says. “The impact will be really dramatic, but it looks like you probably would develop tolerance more rapidly too.”

A synthetic high could also change the psychological side effects of marijuana.

“The natural flower is much less likely to create [paranoia] because it has those other cannabinoids,” Earleywine says.

Vape oils, meanwhile, are “literally synthetic versions or extracts that no longer have other cannabinoids in there that might be keeping some of the more aversive parts dampened,” he says.

IS IT BETTER TO SMOKE OR VAPE THC OIL?

The experts agree on one thing: Smoking or vaping THC oil are neither as good as VAPORIZING THE PLANT.

Vaporizing weed is different from vaping with an oil pen — you instead burn the cannabis plant in a vaporizer, releasing the chemicals from the plant into air and then inhale it. By doing so, you bypass the burning effect of joints, and you bypass the other, potentially harmful chemicals that are often packed into vape cartridges.

Earleywine tested the health implications of vaporizing weed in a 2015 study and found that smokers with respiratory irritation had better lung function after switching to a vaporizer.

“We had folks improve their lung volume and how quickly they can force air out of their lungs in just a month — that I was really gung-ho about,” he says.

Vaporizing, Earleywine thinks, is “probably the healthiest way to get quick consumption of cannabinoids.”

“I wish folks would use the vaporizer rather than the vape pens.”

The same goes for the high — vaporizing the bud may have a stronger psychotropic effect, Spindle says.

In 2018, Spindle conducted a small study comparing the subjective drug effects of smoking or vaporizing weed, finding that THC’s effects were stronger when vaporizing.

Vaporizing had a stronger impact than smoking on participants’ cognitive functions. They also reported feeling higher and had more difficulty performing routine tasks. This was especially true for people new to marijuana, which may also increase their levels of anxiety or paranoia.

So what is better? Vaping, smoking, or vaporizing the bud?

“Depends on what your end goal is,” Spindle says. But what little evidence there is points to vaporizing the bud as a worthwhile alternative, Earleywine says.

As the social and legal landscape around marijuana shifts, the future of marijuana consumption is hard to make out. Edibles may also be a good potential substitute to combustion and e-liquids, but their delayed effects and difficulties in dosage are making them still quite hard to harness.