Hemp vs Marijuana: The Difference 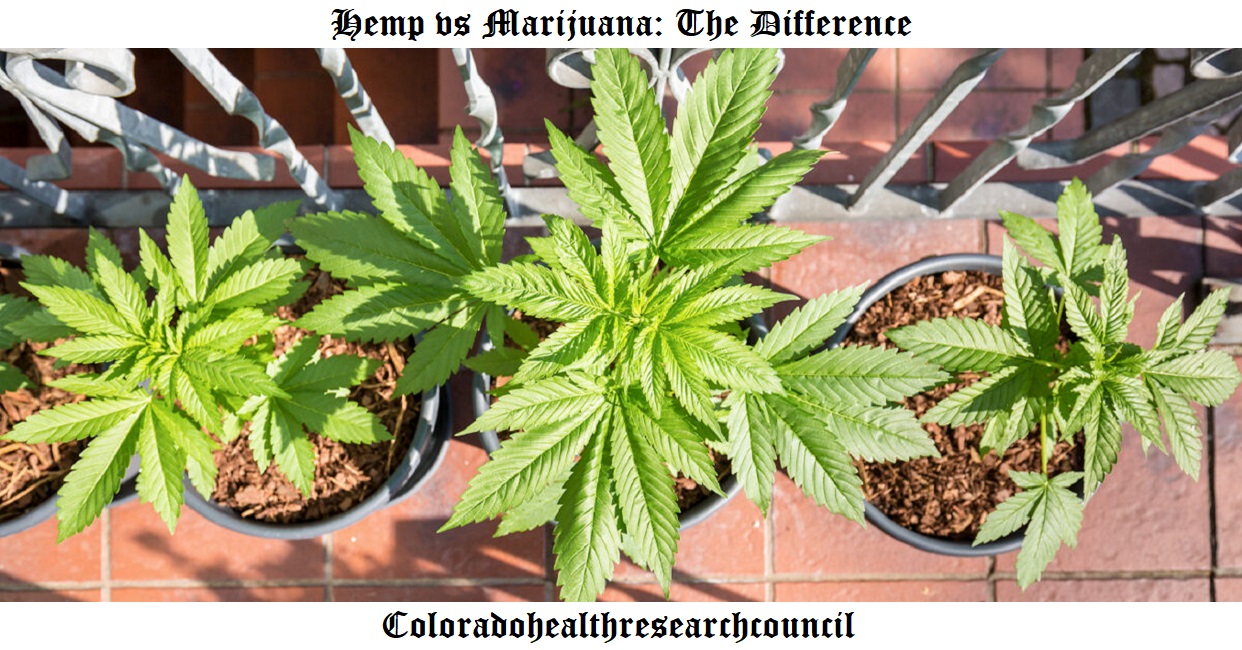 The difference between hemp vs marijuana is a subject that is all to often improperly explained.
As demand for CBD continues to skyrocket, the CBD industry has developed into a unique market that is independent, yet still closely related to the Cannabis industry, including its controversial reputation and shifting legalities.

Due to the confusion and complications that this can present for CBD users, it has become increasingly important to understand the difference between hemp and marijuana and how they relate to Cannabis.

Over the last couple of years, CBD has hit the mainstream. You hear about from your health-savvy friends, the nightly news, and in magazine ads. You may have even noticed it on the shelves of your local supermarket or in your chiropractor’s office.

This is in stark contrast to marijuana-based products. Unless you reside in a state where recreational or medical marijuana is legal, you are still unable to buy, sell, or possess anything derived from marijuana legally. Even if you live in a state with legal cannabis, you still must go to a licensed dispensary to access it.

Why are hemp and marijuana treated in such different ways? It all comes down to one thing: marijuana can get you “high,” while hemp cannot.

With such an obvious distinction between marijuana and hemp, many people mistakenly assume that they are separate species. In fact, hemp and marijuana belong to the same genus and species, Cannabis sativa.

What’s the Difference Between Hemp vs Marijuana?

Cannabis is a genus of flowering plants in the Cannabaceae family, which consists of three primary species: Cannabis sativa, Cannabis indica, and Cannabis ruderalis.While hemp and marijuana are regularly referred to as “species” or “strains” of Cannabis, they actually do not qualify as either one. In fact, they couldn’t technically be considered as plants at all…

Hemp and marijuana are simply broad classifications of Cannabis that were adopted into our culture; however, they are not legitimate nomenclature for the Cannabis plant.

To clarify the difference between Hemp and Marijuana and clear the smoke on this frequently misinformed subject, let’s explore what each of these terms actually means and how they relate to Cannabis.

“Hemp” is a term used to classify varieties of Cannabis that contain 0.3% or less THC content (by dry weight).

While the legal definition described above had not been legitimized until the Agricultural Act of 2018 had passed, “hemp” has generally been used to describe non-intoxicating Cannabis that is harvested for the industrial use of its derived products.

With evidence of its use recorded throughout history, including the discovery of material made from hemp over 10,000 years ago, many believe that hemp was the first crop ever cultivated by mankind.

With the capabilities to produce crucial resources such as food, rope, clothing, paper, housing material, and more, hemp has been the catalyst for man’s earliest innovations.

What Are Hemp and Marijuana Used For?

For many thousands of years, humans have been selectively breeding cannabis plants. Some of these plants were bred for their medicinal and psychoactive potential. These are the plants now known as marijuana plants, or drug plants, thanks to their naturally-high THC content.

Other cannabis plants were bred for their fiber or seeds to be used for things like fabric and textiles, food, supplements, and body products. These cannabis plants are now classified as industrial hemp plants so long as their THC levels are low enough. Today, hemp is well-known for its use in the creation of CBD products.

Because industrial hemp and marijuana are used for different purposes, selective breeding has resulted in these two varieties differing in their appearance.

The majority of THC and other healthful compounds found in cannabis plants are located in the cannabis flower, meaning the more flower, the better. This has led to marijuana plants being shorter and bushier than hemp plants.

Industrial hemp plants were largely bred for their fiber, which is mainly found in the stalks of the plant. As a result, hemp plants are taller and skinnier than their marijuana counterparts.

Even though most botanists consider all cannabis plants to belong to the same species, they have often been split into two varieties: Cannabis sativa or Cannabis indica.

Most people experienced with cannabis are familiar with this distinction as it has long been used as a basis for describing different strains of marijuana. Marijuana that was more energetic or uplifting was classified as a sativa, while marijuana that was more relaxing or sedative was said to be an indica. Additionally, these two varieties were said to differ in their appearance.

Even though this categorization remains popular today, it has been widely debunked by scientists. It is the strain’s chemical composition that will determine how it impacts you, and the labeling of a strain as indica or sativa does not align with where the plants evolved from.

Interestingly, a study examining the genotypes of 43 hemp samples and 81 marijuana samples identified a consistent difference between hemp and marijuana. Hemp is genetically more similar to C. indica and marijuana to C. sativa.

However, this same study revealed that marijuana and hemp plants still “share a common pool of genetic variation.” There exist marijuana strains that are more similar genetically to hemp and visa versa. This confusing genetic mix is thanks to thousands of years of human travel with cannabis seeds and selective breeding.

Is the Hemp vs Marijuana Distinction Useful?